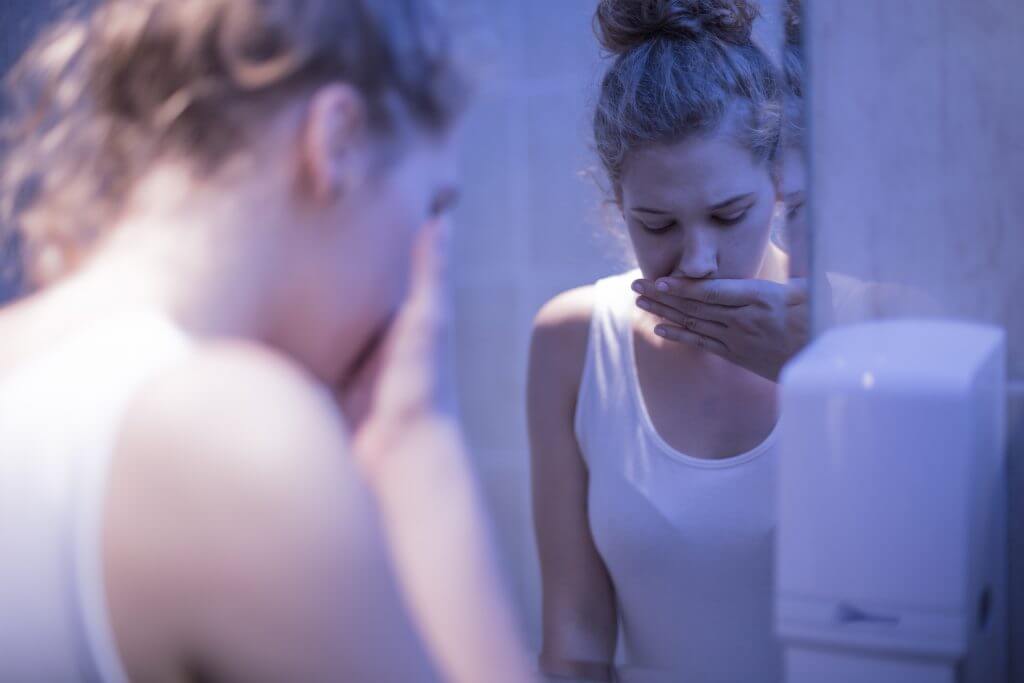 Bulimia Nervosa is an eating disorder that focuses on eating abnormally large amounts of food in a short period of time followed by purged to avoid weight gain. This is very secretive, serious, life-threatening disorder. There are a few methods used for purging which are self-induced vomiting, over-exercising, and excessive use of laxatives and diuretics. A person suffering from this disorder will often feel out of control and frantically attempt to reverse those feelings. He/she uses these methods as a coping mechanism to deal with difficult situations or feelings, to prevent weight gain, and to feel a sense of control. There are two common types of bulimia, which are as follows:

Many factors can contribute to the development of bulimia – environmental, psychological, genetic, and cultural influences. There are so many things that can lead to an eating disorder such as low self-esteem, negative body image, childhood abuse or sexual trauma, stressful life experiences, or big life changing events. If someone is not taught healthy coping mechanisms, it’s a possibility that they will learn unhealthy methods to deal with life.

Bulimia has many signs and symptoms that are directly correlated to self-induced vomiting and other forms of purging. The binge/purge cycle varies case by case. However, these symptoms dramatically increase if the binge/purge cycle occurs several times a day verse a few times a week.

Physical signs and symptoms of bulimia are:

Signs and symptoms of binge eating and purging are:

It’s important to have a team of professionals put together the right treatment plan for a person suffering from bulimia. Therapy is key to the recovery process of bulimia since the underlying issues of low self-esteem and negative body image are usually the cause. In treatment, breaking the binge/purge cycle and rebuilding healthy eating behaviors is the first step. The second step focuses on changing irrational, negative thoughts about weight, body image, and dieting. Treatment will, then, focus on processing emotional issues that are present and help with the healing process.

We’d love to hear from you!